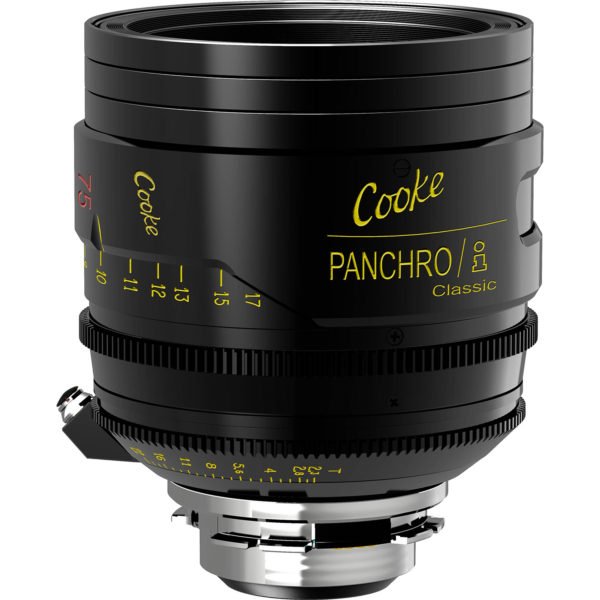 This lens is amongst those introduced by Cooke as a modern redesign of the vintage Cooke Speed Panchro lenses from the 1920s to 1960s. Cooke Panchro/i Classic, T2.2 to T3.2 Prime lenses.

The new Panchro is true to the original look of the vintage Speed Panchro. They also recreate the same look and feel of the original lenses. However, they now have all the advantages of modern glass mounted for today’s cameras. In addition, these lenses come equipped with /i Technology for frame by frame digital information capture. as do all modern Cooke cine lenses for film and digital capture.

“The original Cooke Speed Panchro, designed by Horace W. Lee in the 1920s, was a cine prime lens that chromatically enhanced an image when filming under restricted illumination. Cooke Speed Panchros combined a relative aperture as wide as f2.0 with an angular field of view and definition previously impossible with much smaller apertures. They quickly gained a worldwide reputation for quality cinema production and were widely used throughout the 20th century.” – Cooke

Click here to see all Cooke Panchros available for rent.